19 percent of the web runs on WordPress!

This is the 2013 post:
Good article in VentureBeat.
WordPress is a fantastic platform for web developers like Pam & myself, and our clients, the “end users”. Apparently a lot of other people think so too! 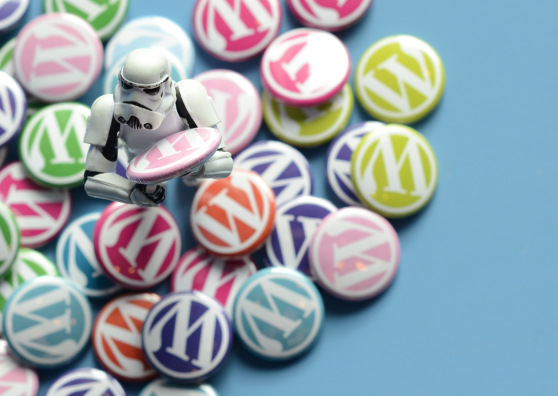 In a talk that also included details on the next two versions of WordPress, Mullenweg said, “We’re now up to 18.9 percent of the web running WordPress. … We’re going to see the number of people who have WordPress as part of their daily habits grow exponentially.”

Mullenweg also said around 30 percent of respondents in a recent survey from WP Engine were aware of WordPress as an entity or brand.

The service just celebrated its tenth anniversary in May, and parent company Automattic took a sizable $50 million funding round, also in May.

Mullenweg also said WordPress is seeing a threefold increase in the number of new signups via mobile.

With all that traffic, all those signups, and all those sites and blogs popping up on the platform, the company is also preparing to launch Developers.WordPress.org — it’s not live yet, but it will serve as a developer resource with all kinds of goodies for folks who build on WordPress. 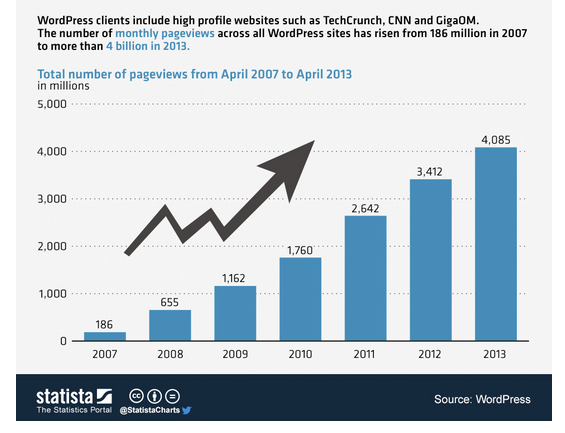 Thank you Statista, Inc. for the chart images!

By Ritama|WordPress|Comments Off on 19 percent of the web runs on WordPress!