Tim Berners-Lee, Creator of World Wide Web, Has Some Regrets 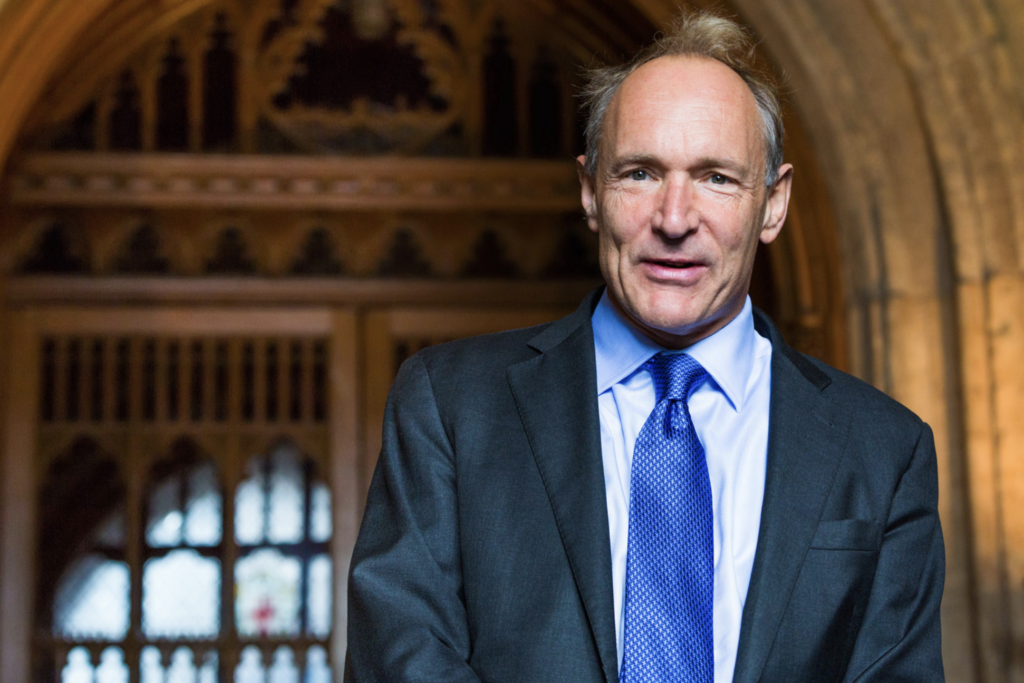 Vanity Fair’s latest issue has an excellent interview with Tim Berners-Lee,
the man who created the World Wide Web.
Click HERE to read it

Following are excerpts from the article by Katrina Brooker:

Berners-Lee has seen his creation debased by everything from fake news to mass surveillance. But he’s got a plan to fix it.

“For people who want to make sure the Web serves humanity, we have to concern ourselves with what people are building on top of it,” Tim Berners-Lee told me one morning in downtown Washington, D.C., about a half-mile from the White House. Berners-Lee was speaking about the future of the Internet, as he does often and fervently and with great animation at a remarkable cadence.

Berners-Lee, who never directly profited off his invention, has also spent most of his life trying to guard it. While Silicon Valley started ride-share apps and social-media networks without profoundly considering the consequences, Berners-Lee has spent the past three decades thinking about little else.

From the beginning, in fact, Berners-Lee understood how the epic power of the Web would radically transform governments, businesses, societies. He also envisioned that his invention could, in the wrong hands, become a destroyer of worlds, as Robert Oppenheimer once infamously observed of his own creation.

His prophecy came to life, most recently, when revelations emerged that Russian hackers interfered with the 2016 presidential election, or when Facebook admitted it exposed data on more than 80 million users to a political research firm, Cambridge Analytica, which worked for Donald Trump’s campaign. This episode was the latest in an increasingly chilling narrative.

Both Google and Amazon have filed patent applications for devices designed to listen for mood shifts and emotions in the human voice.

“There are entrenched and very wealthy interests who benefit from keeping the balance of control in their favor.” Billions of dollars are at stake here: Amazon, Google, and Facebook won’t give up their profits without a fight. In the first three months of 2018, even as its C.E.O. was apologizing for leaking user data, Facebook made $11.97 billion. Google made $31 billion.

“While the problems facing the web are complex and large, I think we should see them as bugs: problems with existing code and software systems that have been created by people—and can be fixed by people.”

When asked what ordinary people can do, Berners-Lee replied, “You don’t have to have any coding skills. You just have to have a heart to decide enough is enough. Get out your Magic Marker and your signboard and your broomstick. And go out on the streets.”

In other words, it’s time to rise against the machines.

I was very happy to read about the work that Berners-Lee and others are doing to decentralize the web with the Solid platform. Take a few minutes and read the online Vanity Fair article.

Thanks Wikimedia Commons for the image of Tim Berners-Lee.

By Ritama|Internet Education|Comments Off on Tim Berners-Lee, Creator of World Wide Web, Has Some Regrets